Please join me: take a stroll around a few city blocks on Google’s Street View. Soak in the charming streets, human-scaled buildings, and the abundance of greenspace and people on the sidewalks and plazas. Would it surprise you to know you’re looking at a town that’s identical in size to… Kuna?

While you’re exploring Gernika, I highly recommend reading this excellent trip report published in the Boise Weekly from back in 2007. As you might be aware, Boise has one of the largest populations of Basque diaspora outside of Europe (In fact, the population of Basque people in Boise is roughly the same as the entire population of Gernika). So it’s heartening and no surprise to read that people in this lovely community 5,000 miles away are well familiar with our fair city. But then you read this comment:

Although they’re a backpacker’s challenge, these crowded streets are why Blanca, who owns a small sweets shop near the main plaza, says her first visit to Boise was also her last. She stayed with a relative in Boise (pronounced boy-Say in Basque Country) during the 2000 Jaialdi festival but says apart from the festivities, people stay in their houses too much.

As the night progresses, however, I gain some perspective. My hostel shared the street with a number of small bars, and it became clear that my companion and I were the only ones in the entire town who stayed in.

From our balcony, we had a front-row seat for social observation. The first burp of the bar doors expels the older crowd. They are mostly married couples, leaving arm-in-arm before midnight. A stream of young revelers in small bellowing groups trickles into the streets until at least 3 a.m., when I fall asleep. It reminds me of last call in downtown Boise—except rather than just a young percentage of the population, the entire town is there.

That’s unfortunate to read. How could a small town of 15,000 upstage a metropolitan area of 650,000 in civic engagement, a sense of community, and being, well, not-boring?

I would just chalk it up to one person’s opinion but frankly, I think they’re probably onto something.

The first thing we notice in Google Street View is how built up the urban environment is in Gernika. There are 4-6 story buildings everywhere you look, containing all kinds of offices, apartments, and retails shops. Certainly nothing like Kuna. For better or worse, you won’t find the spaghetti subdivisions, strip malls, or big box retail stores with endless seas of parking lots.

Simply put, Gernika is more dense than anywhere in Boise. People there live much closer to each other, and as result the urban environment provides them with greater opportunity to interact, collaborate, mingle, what have you. It’s amazing when you look at the land area taken up by Gernika vs. Kuna:

Between the street views, the Boise Weekly article, and the above graphic, it shouldn’t be too hard to see advantages that arise from the Gernika model: you don’t absolutely need cars to get around. The time it takes to travel is considerably less, offering more time to spend with family and kids. The streets are more friendly and walkable. There’s more room for parks, agriculture, open space, and there’s less pressure on farmers created by the outwardly expanding city.

But let’s not stop there.

How about Bilbao, Spain, Gernika’s next door neighbor? It’s a metropolitan area that is a little larger in population than all of Southwestern Idaho including Twin Falls and Ontario, Oregon. Over 950,000 people live in the blue glob below. To the right you’ll see that same blue circle laid over Boise. You might be thinking, “Must be mass hysteria! How can all those people live on top of each other like that!?”

Actually Bilbao is renowned for having one of the highest standards of living in the world. It has a fantastic public transportation system, world-class museums, a state-of-the-art stadium and airport. Most importantly people use all of this because it’s so ridiculously easy and comfortable to get to. Bilbao is a city that gives its residents time and money. Time that’s not spent sitting in traffic, traveling long distances. Money that’s not thrown away on weekly gas station runs; on the vast sums of money required to transport electricity, water, and public services over greater distances. The beautiful thing about saving money is that it’s money in the bank. It adds up exponentially over time and next thing you know you don’t have to do things like cut firefighters’ salaries just to make ends meet.

I’m not at all intending to say “Shame on us, look at perfect Europe, why can’t we be exactly like them?” Far from it. They have their problems just like us. I happen to love Boise as it is. I love our free-market capitalism, and I completely understand the fact that there are long, complex economic and historical reasons for why growth in the Treasure Valley and many other cities has largely been in the form of runaway suburban growth; or why the American low-density models of growth are fundamentally different than the many European models and that you can’t just simply replicate what took centuries to cultivate overnight. And I’m certainly not saying I endorse government intervention against what the people really want.

I want to woo you to study, appreciate, and maybe even learn a thing or two as I have when looking at these different cities and growth models around the world. When I say “You” I don’t mean just the wonks and nerds like me, but truly “You” being everyone. That maybe when we see a project like the planned 119 S. 10th St. that encourages a more Gernika-style growth model, maybe the reaction shouldn’t be: “Oh no, more growth!” But instead “Hey, maybe this is the kind of growth we could use more of.” 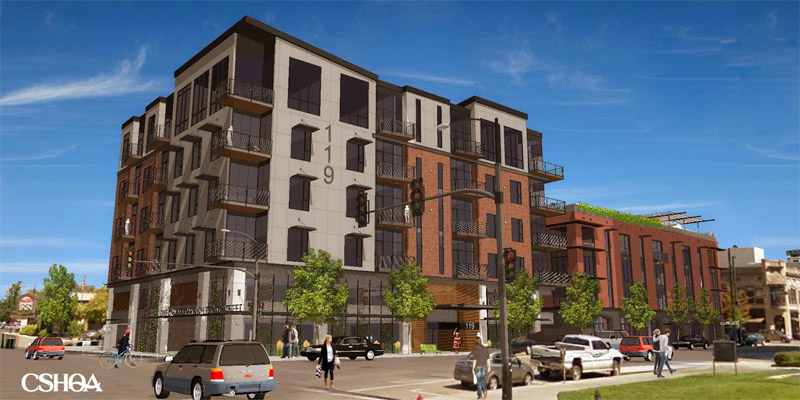 Because what I think Gernika, Bilbao, and so many other European cities prove is that density and urban development doesn’t necessarily mean a lower quality of life. In fact it can mean just the opposite. There’s no reason why American cities like Boise can’t have a better urban-suburban balance. All it takes is for each of us (the housing market’s demand) to better understand the advantages and disadvantages of each, so that when we buy homes and look for neighborhoods, we’re more informed and can think about how where we live and the house we buy impacts the community as a whole.

And the great thing about having that balance? It offers all residents, of all walks of life more choice in how each of us wants to live.

If there’s one thing I’m interested in, it’s trying to find ways to cultivate a greater sense of community and civic engagement–to help Boise find that same community spark found in Gernika. After all, the only alternative to “community” is “detachment.” You know, that sense of disposability where our population acts for themselves without much regard for the impact on the greater whole. Smart for one, dumb for all.

For me, I happen to think the city that lives together, stays together.

2 thoughts on “What Can We Learn from Our Sister City?”