Not even before Eighth and Main was complete, the Gardner Company announced plans to transform a surface parking lot–sandwiched between the Grove and the U.S. Bank Building–into a modern transit center, convention center, and 9-story office tower.

Here are the latest official renderings: 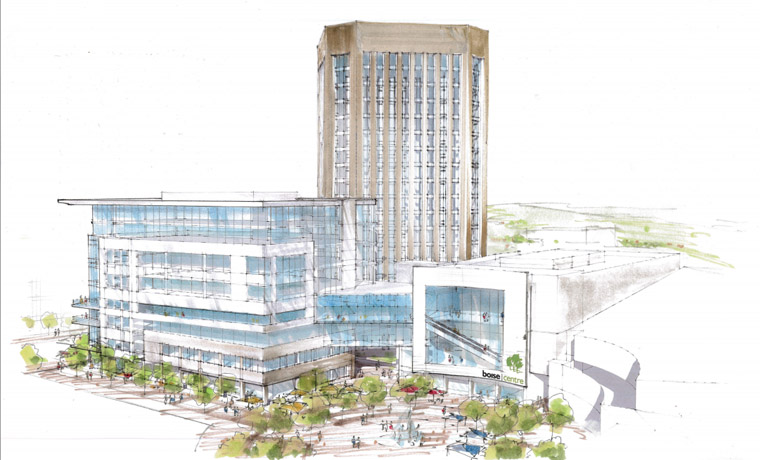 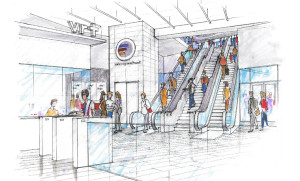 The ambitious $70 million proposal aims to begin construction later this year. They’ve not only secured many of the crucial permits required, but they also have Clearwater Analytics and multiple retail franchises lining up to occupy the buildings. 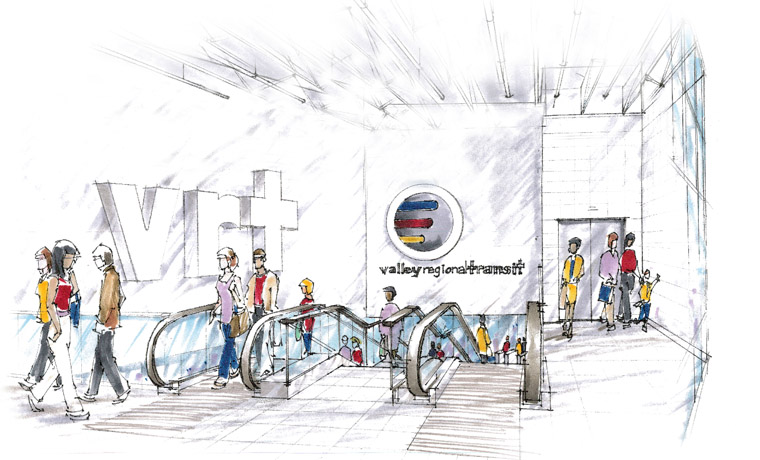 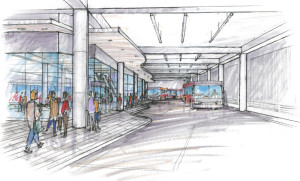 It goes without saying that this project has generated immense buzz, and for good reason: this project be the most game-changing development for downtown Boise in decades. It satisfies the need for a transit center, more convention space, and could trigger a new hotel in the future.

Plus after filling Boise’s infamous “Hole” the Gardner Co. has developed a track record for “getting s*** done.”

Except in Nampa, I guess.

One thing we haven’t seen too much of are some good context renderings. Seeing as there was plenty of data available to do it, I went on my 3D model and built City Center Plaza as best as I could. It’s important to take these with a grain of salt. A) It’s currently going through design review which usually lends itself to a few changes, and B) It’s a violation of the U.S. Constitution to build something in Boise without any brown, and I don’t see any brown… yet.

The view from the Aspen Lofts and BoDo Parking Garage:

Close-up showing its impact on the Grove. (Note: Shadow on Grove is from U.S. Bank Bldg, from satellite image)

Let’s take a breath. For better or worse the Grove is undoubtedly going to feel different. There’s lots I’m enthusiastic about:

But then there are questions:

I did a quick before-after comparison showing the impact on the Basque Block:

Something really neat planned for that pedestrian corridor is the Signs of Our Times art project, seen in this Gardner Co. rendering: 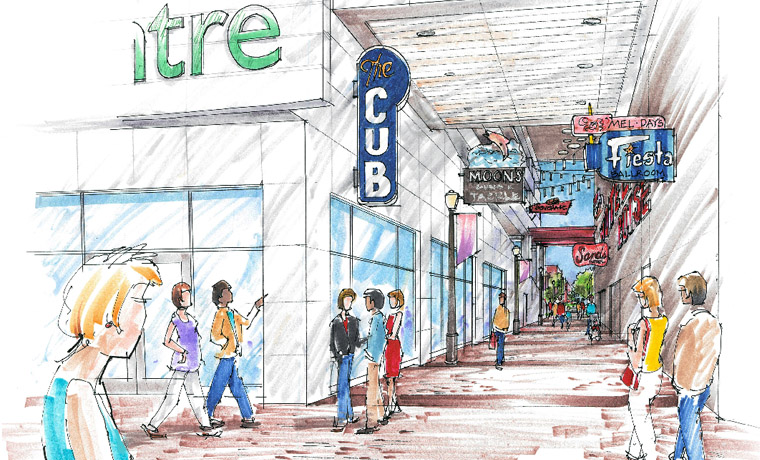 I have to commend whoever thought of that idea. Simple, interesting, and helps create a sense of place.

Truth be told, I’m quite excited about this project. I’m trying to play devil’s advocate for the sake of fairness, and if I don’t I’m going to sound like a shill for the Gardner Co…

But from my vantage point: From what I’ve seen in the 3D model, and thinking about the jobs, the economic impact, and the big boost for street life, for alternative transportation, and as an amenity for visitors and people who live nearby; there’s far more to be giddy about than to be bummed about.

7 thoughts on “City Center Plaza or: How I Learned to Stop Worrying and Love the Gardner Co.”